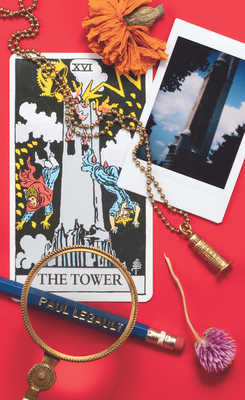 The Tower is a "translation" of W. B. Yeats's The Tower--an homage and reinvention of the poet's greatest work. Whereas Yeats's book contended with his mortality as an aging spiritualist Irish Senator, this version contends with a new mortality: ours.

The poems in this collection crystallize the transition from Legault's late twenties to his early thirties, situated in North America during a time of political upheaval. It takes each of Yeats's poems as a starting point and queers them. It translates Yeats's modernist urge, on the other side of a long century.

In her review of The Tower, Virginia Woolf says Yeats has "never written more exactly and more passionately." One might imagine she'd conclude the same here. You can't fault these poems for lacking passion.

Yeats used to talk to ghosts. His wife would let ghosts talk through her. They would talk to Yeats, and he would write down what they say. Another way you could put it is that Yeats talked to his wife. Ghosts are much closer than you think. They like to live in books. So Legault spent some time talking to Yeats's ghost. Or, Yeats's ghost talked to him. This is him talking back.

Paul Legault is the author of The Madeleine Poems (Omnidawn, 2010), The Other Poems (Fence, 2011), The Emily Dickinson Reader: An English-to-English Translation of the Complete Poems of Emily Dickinson (McSweeney's, 2012), Self-Portrait in a Convex Mirror 2 (Fence, 2016), and Lunch Poems 2 (Spork, 2018). He also co-edited The Sonnets: Translating and Rewriting Shakespeare (Nightboat, 2012).