All Politics Is Local: Why Progressives Must Fight for the States (Compact Disc) 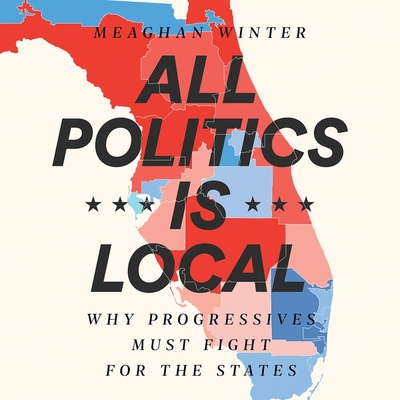 Why Democrats have largely ceded control of local and state governments to the GOP--and why that is turning out to be a huge problem for democracy After the 2016 election, the Republican Party seized control not just of the White House and Congress but of many state governments. To be precise, the GOP seized control of both legislative chambers in 32 states and governor offices in 33 states-a majority the party hadn't held since 1928. What happened?In In the Red, journalist Meaghan Winter argues that over the last couple decades, the Democratic Party has made a very risky strategic choice to abandon state and local races in order to win federal races, while the GOP poured money into winning state governor seats and state congresses. For Republicans, it paid off.For Democrats--and the American public--the fallout has been catastrophic. Abortion access is more restricted than it has been in decades; gun control legislation has become even harder to pass; and ID laws are undermining voting rights. In states across the country, activists on the ground are fighting massive Republican power alone, liberal and progressive candidates are running campaigns with no support, and American citizens are suffering. If the Democratic Party establishment changes its strategy--and soon--there is hope. Meaghan Winter's book reminds us of the importance of robust local politics and the role that states can play in checking presidential power.