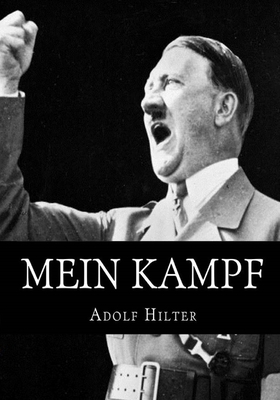 Mein Kampf (German: My Struggle) is a 1925 autobiographical Manifesto of Adolf Hitler, the Nazi Leader. The work outlines Hitler's political ideology and future plans for Germany.
Hitler began the book while imprisoned for what he considered to be "political crimes" following his failed Putsch in Munich in November 1923. Although Hitler received many visitors initially, he soon devoted himself entirely to the book. As he continued, Hitler realized that it would have to be a two-volume work, with the first volume covering world of Hitler's youth, the First World War, and the "betrayal" of Germany's collapse in 1918; it also expresses His racist political ideology and future plans for Germany. The second volume, written after His release from prison in December 1924, outlines the political program, including the terrorist methods that National Socialism must pursue both in gaining power and in exercising it thereafter in the new Germany.