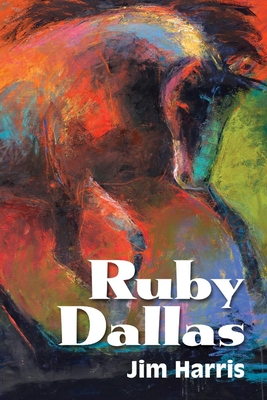 While moving through public schools in Dallas and into Texas colleges, the young narrator of Ruby Dallas encounters a cavalcade of violent and gentle souls, from shady nightclub owners and bright prostitutes, to godly preachers and saintly teachers; from dangerous drug dealers and hungry paper carriers to armed robbers and race car drivers; and from girls in their summer dresses to women in nothing at all.Life in post-World War II Dallas was no Lone Ranger radio western, nor was it an Ozzie and Harriet television comedy.In multiple ways life resembled the movement in music from the soft rock and roll of Bill Haley to the hard rock of the Rolling stones.From the movies of the times, he saw life as a motorcycle tour in The Wild One, a horseback escape in One-Eyed Jacks, and a standup comedy routine in Studs Lonigan. Dallas in the late forties, fifties, and early sixties may have had a bright red horse turning on the top of one of its downtown skyscrapers, but for this kid, the real ruby red of Big D could be seen much easier in the blood on its downtown streets and in the alleys of its across-the-Trinity suburb of Oak Cliff.

Jim Harris has been the Director of the Lea County Museum in Lovington, New Mexico, since 2002. Harris taught college English in Louisiana, Texas, and New Mexico. He is a writer, photographer, and fanatical fisherman. Harris is the author of several books and numerous articles, reviews, and photo essays. A past-president of the Texas Folklore Society, he has served on many boards, including the New Mexico Humanities Council and the Historical Society of New Mexico. For over 25 years he has written weekly columns for the newspapers, the Hobbs News Sun and the Lovington Leader.