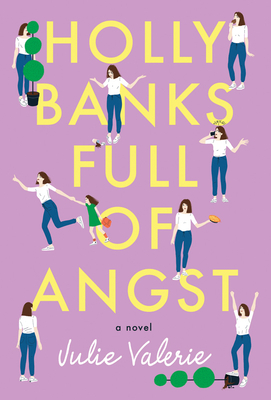 A laugh-out-loud debut novel for anyone who's tried to live the perfect life--and learned the hard way there's no such thing.

Holly Banks could not have made a worse first impression on the seemingly perfect moms in her new affluent community, the Village of Primm. Turns out wearing pink piggy pajama bottoms while dropping off her kindergartener late to the first day of school wasn't her best look.

Not to mention Holly's worried her husband may be having an affair, she can't get her daughter to stop sucking her thumb, her hard-won film degree is collecting dust, and to top it all off, the power-hungry PTA president clearly has it in for her...

To make matters even worse, Holly's natural eye for drama lands her smack-dab in the middle of a neighborhood mystery--right as her own crazy mother shows up in Primm "to help." Through it all, Holly begins to realize her neighbors may be just as flawed as--and even wackier than--she is, leaving her to wonder: Is there such a thing as a perfect mom?