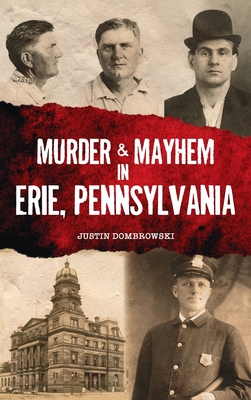 Gruesome Tales From the Gem City of the Great Lakes

From the French and Indian War to Oliver Hazard Perry at the Battle of Lake Erie, the city of Erie has a prideful place in the American story, but there also exists a seedy history of crime and murder.

In 1905 Detective James Jimmie Higgins was mysteriously killed at Central High School and the drawn-out manhunt for his murderer occupied headlines for months. On a cold January night in 1911, a massive explosion rocked the Erie waterfront when criminals bombed the Pennsylvania Railroad Coal Trestle, leaving it a smoldering mass of steel and debris. The unsolved murder of Manley W. Keene inspired a local newspaper to bring in the Female Sherlock Holmes, Mary Holland, who defied gender expectations and reshaped detective work in Erie for generations.