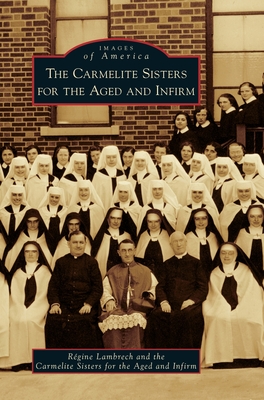 By Regine Lambrech, The Carmelite Sisters for the Aged and I
$31.99

The Carmelite Sisters for the Aged and Infirm were founded in New York just days before the stock market crash of 1929. Sister Angeline de Ste Agathe (later renamed Mother M. Angeline Teresa) and six other Sisters (Alexis, Alodie, Teresa, Louise, Leonie, and Colette) had all professed vows with the Little Sisters of the Poor and were ministering in the Bronx, New York. Wanting to devote themselves to the care of elderly Americans and encouraged by Cardinal Patrick Hayes of the Archdiocese of New York, all seven requested a dispensation from their vows as Little Sisters. Thanks to the efforts of Cardinal Hayes, they moved into the former St. Elizabeth's rectory, and by Christmas 1929, they had taken in their first seven residents. When they were officially given permission to adopt the name of the Carmelite Sisters for the Aged and Infirm in 1931, they became the first US congregation founded exclusively to care for elderly Americans and became pioneers in the field of geriatrics. Today, the Sisters serve the elderly in 22 nursing homes, assisted-living homes, or independent-living entities in eight different states as well as one in Ireland.