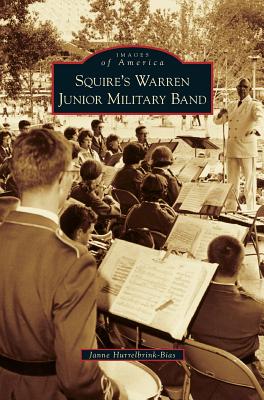 Squire's Warren Junior Military Band had an emotional appeal that endeared it to audiences of all ages. Considered one of northeastern Ohio's richest artistic assets, the band's members, who hailed from the entire region, were filled with pride, tradition, patriotism, and a sense of discipline. The original VFW Boys Band was formed in 1927, with Donald W. "Squire" Hurrelbrink becoming director in 1930. In 1957, the name changed to the Warren Junior Military Band. Travels took the band from the East Coast to the West Coast, from Canada to the Gulf of Mexico, and to audiences abroad, amassing an impressive record of Midwest, Canadian, European, American Legion, and VFW National Championships. Throughout the years, the band performed at numerous prestigious events and for an impressive number of dignitaries, as well as a phenomenal number of local, civic, and patriotic festivities. Members were privileged to have Squire's leadership for 66 years. Alumni continued to lead, direct, and pass on the values they learned under Squire's guidance. Finally, in 2010, the band ended its long legacy.