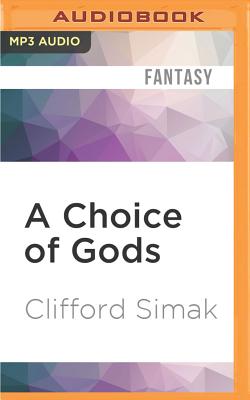 A handful of humans and a multitude of robots create a new society on a mysteriously abandoned Earth in this breathtaking science fiction classic from one of the genre's acknowledged masters.

What if you woke up one morning on Earth...and no one else was there? That is the reality that greeted a handful of humans, including Jason Whitney, his wife Martha, and the remnants of a tribe of Native Americans in the year 2135. Their inexplicable abandonment had unexpected benefits: the eventual development of mental telepathy and other extrasensory powers, inner peace, and, best of all, near immortality. Now, 5,000 years later, most of the remaining humans live a tranquil, pastoral life, leaving technological and religious exploration to the masses of robot servants who no longer have humans to serve.

But the unexpected reappearance of Jason's brother, who had teleported to the stars many years before, threatens to change everything yet again - for John Whitney is the bearer of startling information about where Earth's population went and why. And the most disturbing news of all: They may finally be coming home again.

Nominated for the Hugo Award when it first appeared in print more than 40 years ago, Clifford D. Simak's brilliant and thought-provoking A Choice of Gods has lost nothing of its power to astonish and intrigue. A masterwork of speculative fiction, intelligent and ingenious, it is classic Simak, standing tall among the very best science fiction that has ever been written.