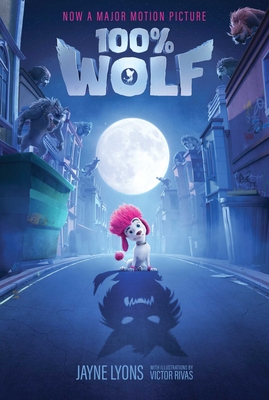 Discover the book that started it all with this special movie tie-in edition that tells the hilarious story of a young werewolf’s long-awaited transwolftation into…a poodle?

Freddy Lupin is gearing up for the most exciting night of his life. It’s the evening of his one-hundred-and-twenty-first month (that’s ten years and one month to a human), and he’s about to undergo his very first transwolftation. As the youngest in a noble line of werewolves and the son of the late legendary Flasheart Lupin, Freddy has high expectations to live up to. But his rite of passage quickly morphs into an episode of humiliation. Because Freddy doesn’t turn into a wolf. He turns into a poodle.

A funny and fast-paced adventure ensues, in which Freddy is thrown out of his pack, finds himself in the clutches of the dog pound, uncovers the truth about his brave father’s mysterious death, and discovers that a werewolf hunter is planning to destroy all of his family and friends—and Freddy is the only one who can stop him. He might be small, pink, and meticulously groomed, but luckily, Freddy Lupin is one hundred percent wolf.

Jayne Lyons has worked as a geologist/geophysicist for fifteen years and is the author of the Freddy Lupin series. She lives with her family in Australia. You can visit her at JayneLyons.com.

Victor Rivas was born and raised in Vigo, Spain, and he lives outside of Barcelona. He has been a freelance illustrator for thirty years, illustrating children’s and teen books, comics, and concept art for multimedia games and animation.