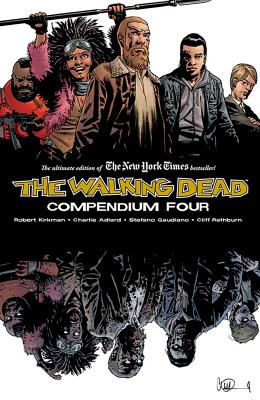 The New York Times bestselling, Eisner Award winning THE WALKING DEAD series takes readers on the harrowing journey of Rick Grimes returns with its FOURTH massive paperback collection With over 1,000 pages, this volume contains the final chapter in Robert Kirkman (Super Dinosaur, Oblivion Song, Invincible) and Charlie Adlard's Eisner Award-winning story of survival horror upon which the hit AMC television series is based. From the Whisperers to the Commonwealth, Rick Grimes meets new allies and enemies to the way to reclaiming the world from the dead. Wars are started, and dear friends fall... Collects THE WALKING DEAD #145-193.