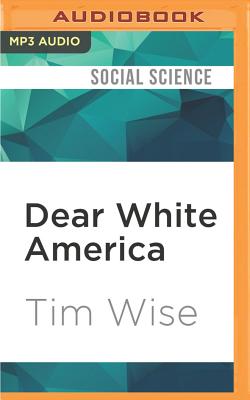 White Americans have long been comfortable in the assumption that they are the cultural norm. Now that notion is being challenged, as white people wrestle with what it means to be part of a fast-changing, truly multicultural nation. Facing chronic economic insecurity, a popular culture that reflects the nation's diverse cultural reality, and a future in which they will no longer constitute the majority of the population, and with a black president in the White House, whites are growing anxious.

This anxiety has helped to create the Tea Party movement, with its call to "take our country back." By means of a racialized nostalgia for a mythological past, the Right is enlisting fearful whites into its campaign for reactionary social and economic policies.

In urgent response, Tim Wise has penned his most pointed and provocative work to date. Employing the form of direct personal address, he points a finger at whites' race-based self-delusion, explaining how such an agenda will only do harm to the nation's people, including most whites. In no uncertain terms, he argues that the hope for survival of American democracy lies in the embrace of our multicultural past, present, and future.