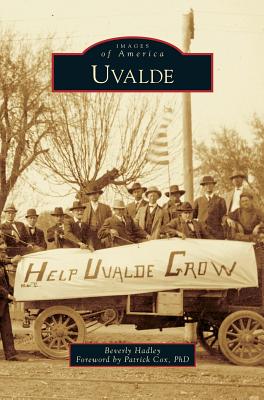 In 1853, Reading Black founded Encina on the banks of the Leona River. With the vision of a modern-day entrepreneur, Black opened a store, established two rock quarries, and surveyed the town by 1855. In 1856, Uvalde County was organized, and the town name was changed to Uvalde. In this wild, untamed region, early settlers fought the hardships of frontier life, with frequent Indian uprisings, dangerous wildlife, and floods. In 1892, John Nance Garner moved to Uvalde. A future speaker of the house and vice president, Garner lived, worked, and raised a family in Uvalde, which he called home until his death. Uvalde was also home to other famous Texans, from the Newton Boys to former Gov. Dolph Briscoe. The memories and moments captured here are reminders of both the strength of character shown by these early settlers and their strong sense of purpose--and also to point out that the streets were not always paved.