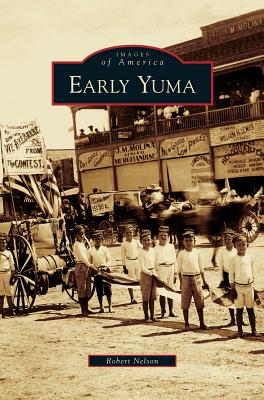 At the end of the 19th century, outlaws opined they would rather kill themselves than be taken alive to certain slow-boiled death in the caldron of Yuma's territorial prison, known nationally as "The Hell Hole." But to the pioneer residents of Yuma, the prison was the finest structure in town, sitting atop a breezy hill. When the prison was closed, Yuma's citizens used the abandoned structure as a school. That Yuma's residents lived happily where the West's most notorious outlaws feared to die is just one testament to the profound strength and perseverance of the first settlers of the community. This photographic history pays tribute to those men and women-Quechan, Spanish, Mexican, and Anglo-who looked past the arid landscape to envision a thriving river port, then a mining center, and finally, a verdant valley and winter playground.