The Modern Cruiser: The Evolution of Ships That Fought the Second World War (Hardcover) 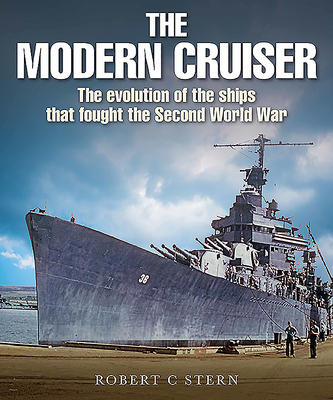 This book sets out to provide a coherent history of the fortunes of this ship-type in the twentieth century. It begins with a brief summary of development before the World War I and an account of a few notable cruiser actions during that conflict that helped define what cruisers would look like in the post-war world. The core of the book is devoted to the impact of the naval disarmament treaty process, which concentrated to a great extent on attempting to define limits to the numbers and size of cruisers that could be built, in the process creating the 'treaty cruiser' as a type that had never existed before and that existed solely because of the treaty process. How the cruisers of the treaty era performed in World War II forms the final focus of the book, which concludes with a look at the fate of the cruiser-type since 1945.