The World to Come: Stories (Hardcover) 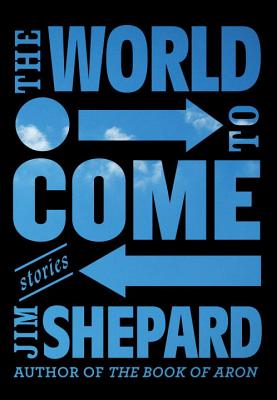 "Without a doubt the most ambitious story writer in America," according to The Daily Beast, Jim Shepard now delivers a new collection that spans borders and centuries with unrivaled mastery.

These ten stories ring with voices belonging to--among others--English Arctic explorers in one of history's most nightmarish expeditions, a young contemporary American negotiating the shockingly underreported hazards of our crude-oil trains, eighteenth-century French balloonists inventing manned flight, and two mid-nineteenth-century housewives trying to forge a connection despite their isolation on the frontier of settlement. In each case the personal is the political as these characters face everything from the emotional pitfalls of everyday life to historic catastrophes on a global scale. In his fifth collection, Shepard makes each of these wildly various worlds his own, and never before has he delineated anything like them so powerfully.

JIM SHEPARD is the author of seven novels and four previous story collections. He lives in Williamstown, Massachusetts, with his wife, three children, and three beagles. He teaches at Williams College.

"Like Alice Munro, Shepard has a knack for compressing a novel’s worth of life into thirty or forty pages. . . . It all adds up to a peculiar yet arresting vision, as Shepard lets you see a startling variety of dangers and conundrums through the eyes of characters who, poignantly or even despairingly, can’t quite summon the humanity that’s hidden away in them.”—Michael Upchurch, The Boston Globe

“An outrageously versatile and gifted fiction writer, Shepard continues his original, precise exploration of times and places long ago and far, far away. . . . Shepard’s project is always to push toward that sense of wonder and the ‘high hopefulness’ of purpose that ordinary people have always brought to the project of living—to give us through fiction a sense of profound empathy that the historical record alone cannot. He most stunningly succeeds.”—Lisa Zeidner, The Washington Post

“[An] American master.”—O, The Oprah Magazine

“In ten exceptionally powerful tales of courageous responsibility and criminal indifference set in the past and present, Shepard creates various states of emergency [with] wit and compassion. . . . Throughout this masterful, profoundly involving collection, Shepard elucidates with stirring precision the emotions of characters ambushed by terrifying powers beyond their control, whether a blizzard or an earthquake, the death of a child, or forbidden love.”—Donna Seaman, Booklist (starred review)

“Stirring writing [that] reveals both the helplessness of particular people in the sweep of circumstances beyond their control, and the nobility of human striving, even up until the very last moment.”—Polly Rosenwaike, San Francisco Chronicle