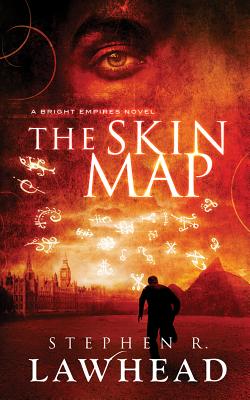 By Stephen R. Lawhead, Simon Bubb (Read by)
Call or email to see if a used copy is available.
Out of Print

This is book number 1 in the Bright Empires series.

It is the ultimate quest for the ultimate treasure. Chasing a map tattooed on human skin. Across an omniverse of intersecting realities. To unravel the future of the future.

Kit Livingstone's great-grandfather appears to him in a deserted alley during a tumultuous storm. He reveals an unbelievable story: that the ley lines throughout Britain are not merely the stuff of legend or the weekend hobby of deluded cranks, but pathways to other worlds. To those who know how to use them, they grant the ability to travel the multi-layered universe of which we ordinarily inhabit only a tiny part.

One explorer knew more than most. Braving every danger, he toured both time and space on voyages of heroic discovery. Ever on his guard and fearful of becoming lost in the cosmos, he developed an intricate code--a roadmap of symbols--that he tattooed onto his own body. This Skin Map has since been lost in time. Now the race is on to recover all the pieces and discover its secrets.

But the Skin Map itself is not the ultimate goal. It is merely the beginning of a vast and marvelous quest for a prize beyond imagining.

"Anything but ordinary.... Dynamic settings are mixed with unpredictable adventures and] parallel worlds." --BookPage