Cannibal Killers: Monsters with an Appetite for Murder and a Taste for Human Flesh (Paperback) 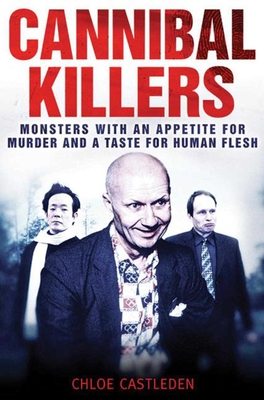 Cannibalism is perhaps the most repugnant of all crimes against human beings. It has long been a taboo subject, with even the tabloid press shying away from publishing precise details of cannibal crimes. When Albert Fish kidnapped, killed, and consumed ten-year-old Grace Budd in New York in 1928, he went to great pains to assure her parents, in a letter he wrote six years later that brought about his arrest, that he had not sexually assaulted her. But at the time, the court portrayed Fish as a sexually motivated criminal rather than as a cannibal.

Yet, sexual depravity and cannibalism are far from being mutually exclusive. Andrei Chikatilo, the Butcher of Rostov, is proof of that, having eaten parts of the sexual organs of some of his fifty-six victims. Tsutomu Miyazaki, the Japanese Dracula, murdered little girls, molested their corpses, and drank their blood. These and many other cases, including those of Jeffrey Dahmer, Edmund Kemper, Joachim Kroll (the Duisburg Man Eater), and Daniel Rakowitz—who murdered his roommate and made soup from her brains—are studied in chilling detail.

Chloe Castleden is an author and editor with several years experience in the True Crime field. Among her books are Sweetheart Killers and Cannibal Killers. She lives in London.