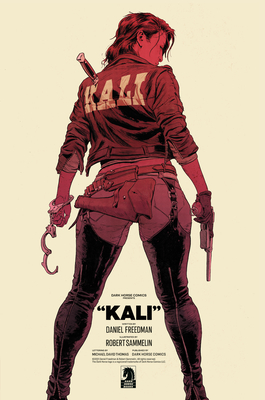 
Stabbed in the back, poisoned, and left for dead by her own biker gang, Kali sets off on a one-way road of vengeance across a war-torn desert battlefield. With impending death coursing through her veins and a fascist army hot on her tail, Kali will stop at nothing to get her revenge, even if it’s the last thing she ever does. A nonstop high-octane existential action spectacle from writer Daniel Freedman and artist Robert Sammelin!

Daniel has edited feature films, award winning documentaries and a multitude of short form content. He splits his time writing for both print and screen, best known for co-creating the hit Image Comics series: Undying Love and Burn the Orphanage.

He is a Los Angeles native but keeps threatening to move due to the damn traffic.