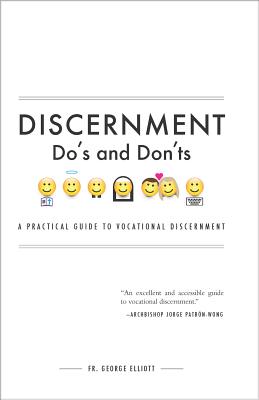 Fr. George Elliott, STL is a priest of the Diocese of Tyler, TX and Co-Founder and Director of Catholic CAST Media. Discerning to enter the seminary while at the US Air Force Academy, he was sent to St. Charles Borromeo Seminary, where he served as a vocations envoy for one year, speaking about vocations at the high schools in the Archdiocese of Philadelphia. From there, he was sent to the North American College in Rome and studied Theology at the University of the Holy Cross and Patristics at the Augustinianum. While in Rome, Fr. George Elliott co-founder Catholic Bytes Podcast, which eventually became Catholic CAST Media. During his last years in Rome he served as the chaplain to the St. Lawrence international Youth Center and as chaplain to Christendom College's Rome Study Abroad program. He has worked in a parish as Parochial Vicar, Administrator, and Pastor. Now, he serves as a member of the diocesan vocations board, as the Chaplain to the Catholic Campus Ministry at Stephen. F. Austin State University, and as Pastor of Sacred Heart Catholic Church.