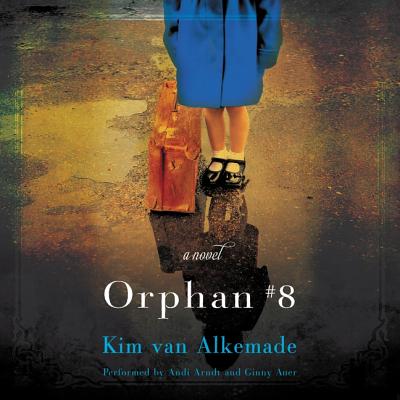 “In 1919, tragedy strikes in New York City and four-year-old Rachel is separated from her brother Sam and sent to a Jewish orphanage, where Dr. Mildred Solomon, in the name of research, subjects her to experiments with X-rays, leaving Rachel disfigured, bald, and the brunt of cruelty by other orphans. To Dr. Solomon, Rachel is just a number, Orphan Number Eight. Years later the tables are turned when Dr. Solomon ends up with cancer and reliant on morphine in Manhattan's Old Hebrews Home, where Rachel is the attending nurse. Will Rachel take her revenge or treat her patient with mercy? This powerful and stunning debut, based on a little-known true story, will remain with readers long after the last page is turned.”
— Karen Briggs (W), Great Northern Books and Hobbies, Oscoda, MI

A stunning debut novel in the vein of Sarah Waters' historical fiction and inspired by true events, it tells the fascinating story of a woman who must choose between revenge and mercy when she encounters the doctor who subjected her to dangerous medical experiments in a New York City Jewish orphanage.

In 1919, Rachel Rabinowitz is a vivacious four-year-old living with her family in a crowded tenement on New York City's Lower Eastside. When tragedy strikes, Rachel is separated from her brother Sam and sent to a Jewish orphanage where Dr. Mildred Solomon is conducting medical research. Subjected to X-ray treatments that leave her disfigured, Rachel suffers years of cruel harassment from the other orphans. But when she turns fifteen, she runs away to Colorado hoping to find the brother she lost and discovers a family she never knew she had.

Though Rachel believes she's shut out her painful childhood memories, years later she is confronted with her dark past when she becomes a nurse at Manhattan's Old Hebrews Home and her patient is none other than the elderly, cancer-stricken Dr. Solomon. Rachel becomes obsessed with making Dr. Solomon acknowledge, and pay for, her wrongdoing. But each passing hour Rachel spends with the old doctor reveal to Rachel the complexities of her own nature. She realizes that a person's fate--to be one who inflicts harm or one who heals--is not always set in stone.

Lush in historical detail, rich in atmosphere and based on true events, Orphan #8 is a powerful, affecting novel of the unexpected choices we are compelled to make that can shape our destinies.