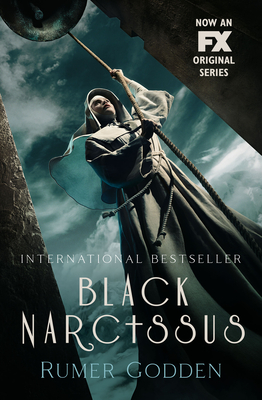 By Rumer Godden
$17.99
Click Title for IN STOCK Location

Five nuns confront nature--physical and human--in a remote Himalayan convent in the bestselling novel that inspired the new FX miniseries.

Under the guidance of Sister Clodagh, the youngest Mother Superior in the history of their order, five European Sisters of the Servants of Mary leave their monastery in Darjeeling, India, and make their way to remote Mopu in the foothills of the Himalayan Mountains. There, in the opulent, abandoned palace where an Indian general housed his harem, the holy sisters hope to establish a school and a health clinic. Their aim is to help combat superstition, ignorance, and disease among the mistrusting natives in the village below, and to silence the doubts of their royal benefactor's agent, the hard-drinking and somewhat disreputable Mr. Dean.

But all too soon, the isolation, the ghosts and lurid history, and the literally breathtaking beauty of this high, lonely place in the Asian mountains begin to take a serious toll on Sister Clodagh and her fellow nuns. And their burdens may prove too heavy to bear, exposing a vulnerable humanity that threatens to undermine the best intentions of the purest hearts.

The basis for the Golden Globe and Academy Award-winning motion picture starring Deborah Kerr, as well as the new miniseries on FX starring Gemma Arterton, Black Narcissus has been universally praised for its poignancy, passion, and rich evocation of a time and place. An intensely human story of devotion, faith, and madness, this beloved novel by the New York Times-bestselling author of In This House of Brede stands among the finest fiction written in the twentieth century.

"Bears comparison with A Passage to India." --Arthur Koestler.

Rumer Godden (1907-1998) was the acclaimed author of over sixty works of fiction and nonfiction for adults and children. Born in England, she and her siblings grew up in Narayanganj, India, and she later spent many years living in Calcutta and Kashmir. Nine of her novels were made into films, including Black Narcissus; The Greengage Summer; and The River, which was filmed by Jean Renoir. Godden won the Whitbread Literary Award for children's literature in 1972, and in 1993 she was named an Officer of the Most Excellent Order of the British Empire. She died at the age of ninety in Dumfriesshire, UK.