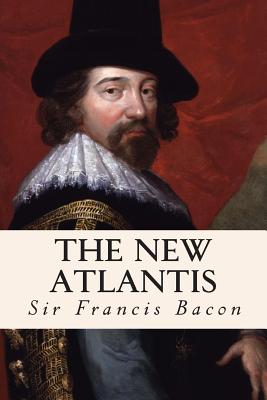 New Atlantis is an incomplete utopian novel by Sir Francis Bacon, published in 1627. In this work, Bacon portrayed a vision of the future of human discovery and knowledge, expressing his aspirations and ideals for humankind. The novel depicts the creation of a utopian land where "generosity and enlightenment, dignity and splendour, piety and public spirit" are the commonly held qualities of the inhabitants of the mythical Bensalem. The plan and organisation of his ideal college, Salomon's House (or Solomon's House), envisioned the modern research university in both applied and pure sciences. The novel depicts a mythical island, Bensalem, which is discovered by the crew of a European ship after they are lost in the Pacific Ocean somewhere west of Peru. The minimal plot serves the gradual unfolding of the island, its customs, but most importantly, its state-sponsored scientific institution, Salomon's House, "which house or college ... is the very eye of this kingdom." Many aspects of the society and history of the island are described, such as the Christian religion - which is reported to have been born there as a copy of the Bible and a letter from the Apostle Saint Bartholomew arrived there miraculously, a few years after the Ascension of Jesus; a cultural feast in honour of the family institution, called "the Feast of the Family"; a college of sages, the Salomon's House, "the very eye of the kingdom", to which order "God of heaven and earth had vouchsafed the grace to know the works of Creation, and the secrets of them", as well as "to discern between divine miracles, works of nature, works of art, and impostures and illusions of all sorts"; and a series of instruments, process and methods of scientific research that were employed in the island by the Salomon's House. The interlocutors include the governor of the House of Strangers, Joabin the Jew, and the Head of Salomon's House. The inhabitants of Bensalem are described as having a high moral character and honesty, no official accepting any payment from individuals, and the people being described as chaste and pious, as said by an inhabitant of the island: But hear me now, and I will tell you what I know. You shall understand that there is not under the heavens so chaste a nation as this of Bensalem; nor so free from all pollution or foulness. It is the virgin of the world. I remember I have read in one of your European books, of an holy hermit amongst you that desired to see the Spirit of Fornication; and there appeared to him a little foul ugly Aethiop. But if he had desired to see the Spirit of Chastity of Bensalem, it would have appeared to him in the likeness of a fair beautiful Cherubim. For there is nothing amongst mortal men more fair and admirable, than the chaste minds of this people. Know therefore, that with them there are no stews, no dissolute houses, no courtesans, nor anything of that kind. In the last third of the book, the Head of the Salomon's House takes one of the European visitors to show him all the scientific background of Salomon's House, where experiments are conducted in Baconian method to understand and conquer nature, and to apply the collected knowledge to the betterment of society. Namely: 1) the end of their foundation; 2) the preparations they have for their works; 3) the several employments and functions whereto their fellows are assigned; 4) and the ordinances and rites which they observe. He portrayed a vision of the future of human discovery and knowledge. The plan and organisation of his ideal college, "Salomon's House", envisioned the modern research university in both applied and pure science.

Francis Bacon, 1st Viscount St. Alban 22 January 1561 - 9 April 1626), was an English philosopher, statesman, scientist, jurist, orator, essayist, and author. He served both as Attorney General and Lord Chancellor of England. After his death, he remained extremely influential through his works, especially as philosophical advocate and practitioner of the scientific method during the scientific revolution.