The Ink in the Grooves: Conversations on Literature and Rock 'n' Roll (Paperback) 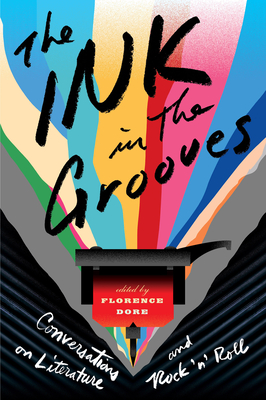 Drop the record needle on any vinyl album in your collection, then read the first pages of that novel you've been meaning to pick up--the reverberations between them will be impossible to miss. Since Dylan went electric, listening to rock 'n' roll has often been a surprisingly literary experience, and contemporary literature is curiously attuned to the history and beat of popular music. In The Ink in the Grooves, Florence Dore brings together a remarkable array of acclaimed novelists, musicians, and music writers to explore the provocatively creative relationship between musical and literary inspiration: the vitality that writers draw from a three-minute blast of guitars and the poetic insights that musicians find in literary works from Shakespeare to Southern Gothic. Together, the essays and interviews in The Ink in the Grooves provide a backstage pass to the creative processes behind some of the most exciting and influential albums and novels of our time.

Florence Dore is a Nashville-born, North Carolina-based musical artist as well as Professor of English at the University of North Carolina at Chapel Hill. Her second album, 2022's Highways and Rocketships, was produced by Don Dixon and Mitch Easter. She is the author of Novel Sounds and coexecutive producer for the Billboard-charting compilation album Cover Charge.