War Tourism: Second World War France from Defeat and Occupation to the Creation of Heritage (Hardcover) 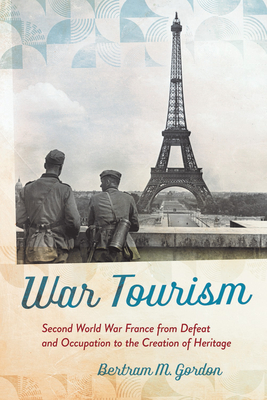 As German troops entered Paris following their victory in June 1940, the American journalist William L. Shirer observed that they carried cameras and behaved as "na ve tourists." One of the first things Hitler did after his victory was to tour occupied Paris, where he was famously photographed in front of the Eiffel Tower.

Focusing on tourism by German personnel, military and civil, and French civilians during the war, as well as war-related memory tourism since, War Tourism addresses the fundamental linkages between the two. As Bertram M. Gordon shows, Germans toured occupied France by the thousands in groups organized by their army and guided by suggestions in magazines such as Der Deutsche Wegleiter fr Paris The German Guide for Paris]. Despite the hardships imposed by war and occupation, many French civilians continued to take holidays. Facilitated by the Popular Front legislation of 1936, this solidified the practice of workers' vacations, leading to a postwar surge in tourism.

After the end of the war, the phenomenon of memory tourism transformed sites such as the Maginot Line fortresses. The influx of tourists with links either directly or indirectly to the war took hold and continues to play a significant economic role in Normandy and elsewhere. As France moved from wartime to a postwar era of reconciliation and European Union, memory tourism has held strong and exerts significant influence across the country.

Bertram Gordon is Professor of European History at Mills College. He is the author of Collaborationism in France during the Second World War and The Historical Dictionary of World War II France.