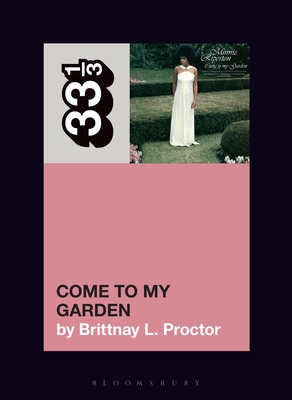 Come to My Garden (1970) introduced the world to Minnie Riperton, the solo artist. Minnie captivated listeners with her earth-shattering voice's uncanny ability to evoke melancholy and exultance. Born out of Charles Stepney's masterful composition and Richard Rudolph's attentive songwriting, the album fused a plethora of music genres. A blip in the universe of fusion music that would come to dominate the 1970s, Come to My Garden also featured the work of young bandleaders like Ramsey Lewis and Maurice White, thus bridging the divide between jazz and R&B.

Despite fairly positive reviews of the album, even in its many re-releases, it never garnered critical attention. Minnie Riperton's Come to My Garden by Brittnay L. Proctor uses rare archival ephemera, the multiple re-issues of the album, interviews, cultural history, and personal narrative to outline how the revolutionary album came to be and its lasting impact on popular music of the post-soul era (the late 20th to the early 21st century).

Brittnay L. Proctor is a Mellon Postdoctoral Fellow in Race and Media in the School of Media Studies at The New School, USA. Her writing and research interests include: Black Studies; black popular music, black feminist theory, sound studies, visual culture, and performance.