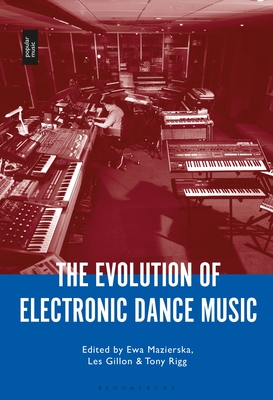 The Evolution of Electronic Dance Music establishes EDM's place on the map of popular music. The book accounts for various ambiguities, variations, transformations, and manifestations of EDM, pertaining to its generic fragmentation, large geographical spread, modes of consumption and, changes in technology. It focuses especially on its current state, its future, and its borders - between EDM and other forms of electronic music, as well as other forms of popular music. It accounts for the rise of EDM in places that are overlooked by the existing literature, such as Russia and Eastern Europe, and examines the multi-media and visual aspects such as the way EDM events music are staged and the specificity of EDM music videos. Divided into four parts - concepts, technology, celebrity, and consumption - this book takes a holistic look at the many sides of EDM culture.

Ewa Mazierska is Professor of Film Studies at the University of Central Lancashire, UK. She has published over 20 monographs and edited collections on film and popular music, including Contemporary Cinema and Neoliberal Ideology (co-edited with Lars Kristensen, 2018), Sounds Northern: Popular Music, Culture and Place in England's North (2018), Popular Music in Eastern Europe: Breaking the Cold War Paradigm (2016) and Relocating Popular Music (co-edited with Georgina Gregory, 2015). She is also principal editor of Studies in Eastern European Cinema. Les Gillon is Senior Lecturer at University of Central Lancashire, UK. In addition to his research in the field of popular music, he also writes about aesthetics and the visual arts. He is the author of The Uses of Reason in the Evaluation of Artworks: Commentaries on the Turner Prize (2015). Tony Rigg is Head of Music Business Education at Manchester MIDI School, UK, where he has developed courses, and lecturer at the University of Central Lancashire, UK, where he collaborated on the development of the MA in Music Industry Management and Promotion. He spent over 20 years occupying senior management roles in market-leading organisations, including that of Operations Director for Ministry of Sound/Hed Kandi. He has overseen the management of more than 80 music venues in the UK.