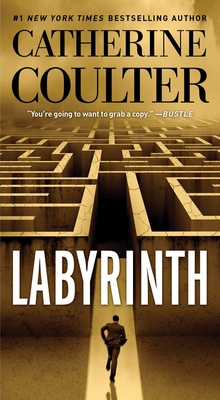 By Catherine Coulter
$9.99
Email or call for price.

This is book number 23 in the An FBI Thriller series.

From “one of the bonafide rock stars of the thriller genre” (The Real Book Spy) comes another tour de force in the #1 New York Times bestselling FBI Thriller series following agents Savich and Sherlock as they stumble into a bizarre case that’s more complicated and twisted than any they’ve ever encountered.

On a Tuesday afternoon, Agent Sherlock is driving in downtown Washington when her Volvo is suddenly T-boned at an intersection. As her car spins out of control, a man’s body slams against her windshield and then—blackness. When she finally regains consciousness in the hospital, she’s told about the accident and the man she struck. No one knows yet who he is or where he is because he ran away. From DNA, they discover his name is Justice Cummings and he’s a CIA analyst at Langley…and he’s still missing.

Meanwhile, in the small town of Gaffer’s Ridge, Virginia, Special Agent Griffin Hammersmith rescues a kidnapped woman claiming her captor had probably murdered three missing teenage girls. However, the man she accuses is the local sheriff’s nephew and a member of a very powerful family, reputed to have psychic powers. When the sheriff arrests Griffin and the rescued woman, Carson DaSilva, he calls Savich for help. Together they have to weave their way through a labyrinth of lies to find the truth of a terrible secret.

“If there’s one thing that readers can count on in a Coulter novel it is that she always delivers amazingly eerie and complex thrillers” (RT Book Reviews), and Labyrinth is no different. With white-knuckled pacing and shocking twists and turns, this is another electrifying novel that will sink its teeth in you.

Catherine Coulter is the #1 New York Times bestselling author of eighty-four novels, including the FBI Thriller series and The Brit in the FBI international thriller series, cowritten with J.T. Ellison. Coulter lives in Sausalito, California, with her Übermensch husband and their two noble cats, Peyton and Eli. You can reach her at ReadMoi@Gmail.com or visit Facebook.com/CatherineCoulterBooks.

"The 23rd installment in Catherine Coulter's FBI Thriller series comes out this summer, and you're going to want to grab a copy." (Bustle)

"Catherine Coulter is one of the bonafide rockstars of the thriller genre, and her last book, Paradox, was as good as anything she’s written. Labyrinth promises to be another 'white-knuckled' thriller, which means Coulter’s fans better get their pre-ordering on nice and early." (The Real Book Spy)

"Pulse-pounding...Coulter fans will have a tough time putting this one down." (Publishers Weekly)

“If there’s one thing that readers can count on in a Coulter novel it is that she always delivers amazingly eerie and complex thrillers.” (RT Book Reviews)

“Action is nonstop ... Perfect reading for the beach and beyond.” (Booklist)

“Bestseller Coulter is at the top of her game in her 21st FBI thriller featuring married agents Dillon Savich and Lacey Sherlock (after 2016’s Insidious).” (Publishers Weekly)

“Readers will cheer kick-butt Sherlock all the way to the action-packed finale.”—Publishers Weekly

“The things you can count on in a Catherine Coulter book are a complex storyline with plenty of action, intrigue, and unexpected twists and turns. Labyrinth has all that and more… With white-knuckled pacing and shocking twists and turns, this is another electrifying novel that will sink its teeth in you.” —Annetta Sweetko at Fresh Fiction

“Great characters with an interesting story make for a really enjoyable read… I couldn’t put this book down it was so good. A real page-turner and at one point a spitfire FBI agent named Bettina is called in and it is just an awesome part of the story.”—Red Carpet Crash