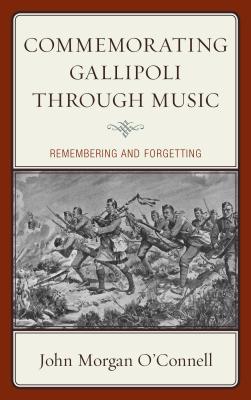 This monograph examines the relationship between music and memory as it relates to the Gallipoli Campaign (1915-6). Drawing upon a wide variety of sources in many languages, it explores the multiple ways in which music is employed to remember and to forget, to celebrate and to commemorate a victory (on the part of the Central Powers) and a defeat (on the part of the Allied forces) in the Dardanelles during the First World War (1914-8). Further, it argues that commemoration itself can be viewed as an 'instrument of war'. In particular, it investigates the complex positionality of individual actors during the centennial commemorations of the Gallipoli landings (24 April, 2015) where the Australians and the Turks most notably have employed music to reimagine the past, both nationalities invoking the 'Gallipoli spirit' (tr. ' anakkale ruhu') to advance a nationalist agenda and a resurgent militarism through the selective memorialization of an imperial past. The book interrogates through music the ambivalent position of minorities. With specific reference to the Irish (amongst the British) and the Armenians (amongst the Ottomans), it shows how song might serve both to articulate a nationalist defiance and an imperialist consensus during a tumultuous period of irredentism. By uncovering the complex pathways of musical transmission, it demonstrates through musical analysis how the colonized could become the colonizer (in the case of the Irish) or a minority might conform to a majority (in the case of the Armenians). Further, the publication looks at the uneasy alliance between the Turks and the Germans. It focuses on a German musician (as an imperial bandmaster) and Germanic entrepreneurs (in the recording industry) who entertained or who served the German Mission in Istanbul. Here, it considers by way of musical composition the shared wish on the part of the Germans and the Turks to create a Lebensraum in Asia.