I Feel Love: Donna Summer, Giorgio Moroder, and How They Reinvented Music (Paperback) 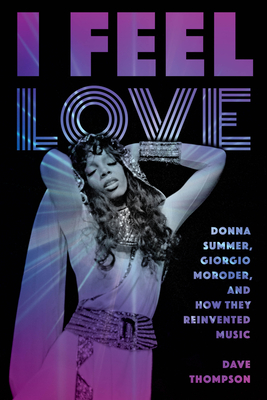 When it comes to earthshaking songs-the ones that signal a tectonic shift in the current musical landscape-there is "Johnny B. Goode" . . . there is "Good Vibrations" . . . and there is "I Feel Love." A disco touchstone recorded by Donna Summer in 1976 and released on her fifth studio album, I Remember Yesterday, in 1977, "I Feel Love" is one of the most important records in music history, and one of the most influential. "I Feel Love" topped charts the world over-including in the UK, Australia, France, Italy, and the Netherlands-and was in the Top 10 everywhere else. This record, Brian Eno told David Bowie as they worked together in the recording studio, "is going to change the sound of club music for the next fifteen years." Which, said Bowie, "was more or less right." Except fifteen years was an under-estimation. Even now, more than forty years after its release, "I Feel Love" is routinely featured toward the top of manifold "greatest song" Top 100s-and remains a favorite by music fans and artists alike, with dozens of cover versions paying homage. That is the tale this book tells-not only the story of the song but also the story of its all-pervading impact upon the world of popular music. Firsthand experiences and original interviews with a host of musicians, disc jockeys, and dancers loudly illustrate the record's initial impact and its continuing influence. "I Feel Love" still sounds like the future.

DAVE THOMPSON is the author of over 150 books, including co-written memoirs with New York Doll Sylvain Sylvain, Motown legends Brian and Eddie Holland (forthcoming), Hawkwind's Nik Turner, the Yardbirds' Jim McCarty, Fairport Convention's Judy Dyble, and more. He is a columnist for Goldmine magazine, and his work has also appeared in Rolling Stone, Spin, Alternative Press, Mojo, Record Collector, and many other major publications. He has contributed to music documentaries produced by VH-1, A&E, the BBC, and others. Born in the UK, Thompson is now a resident of Delaware.