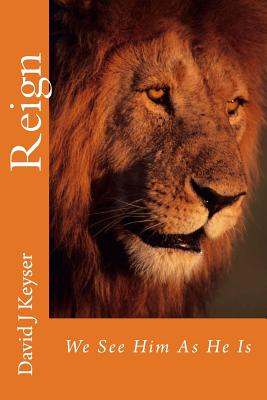 David J Keyser PhD has served as an international theology teacher and college adjunct faculty. His earned degrees include a B.S., an M.Div, an M.S., a Th.M., and a Ph.D. in Systematic Theology. He is interested in what this world is coming to, spiritual experiences, life before birth, considering God, organic christianity, and Christian fiction. Christian Book Marketing says, David Keyser, PhD has created a fascinating, action-packed adventure series shedding light on the Second Coming of Christ and the 1000-year reign. A thrill ride of a novel, the author has written biblical future history and prophecy when the The Lion of the tribe of Judah has returned to receive His inheritance given to Him by the Father of Lights. A King from another kingdom has returned to claim Earth as His own, the long wait is over. The King has returned for His inheritance. All eyes will see His return; all knees shall bow at the name of the Lord, the King of kings and the Lord of lords. He shall set His rule upon the Earth and rule with an iron scepter. His legions of angels are with Him, riding on the clouds of glory as he sets His foot on the earth. Jerusalem is now His new Kingdom where angels and His Keepers will reign over the earth in the Millennial 1000-year reign to come. Don't miss this new series beginning with Reign: We See Him As He Is - giving hope to a lost world, igniting passion for the return of the King of Kings, the Lord Jesus Christ! Dr. Rick Doughty says, "Dr. David Keyser's Reign series is a reminder that life after the Coming of the Lord will not consist of flying around on fluffy clouds and dreamily contemplating what is going on earth far below. Rather, it reminds us that the reign of Christ will occur on a real earth populated with real personalities who have real work to do. It also contains a promise that positions of responsibility in the future world are contingent on faithfulness in this one. Though a work of fiction, its emphasis on the concreteness of the Christian's experience under the reign of Christ confirms the biblical prophecy that we look, not only for a new heaven, but a new earth." Dr. Rick Doughty BA, Wheaton College M Div, Columbia Theological Seminary Doctor of Biblical Studies, International Seminary