The Comedy of Entropy: Humour/Narrative/Reading (Paperback) 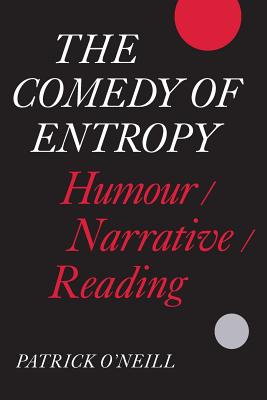 Entropic comedy is the phrase coined by Patrick O'Neill in this study to identify a particular mode of twentieth-century narrative that is not generally recognized. He describes it as the narrative expression of forms of decentred humour, or what might more loosely be called 'black humour.'
O'Neill begins his investigation by examining the rise of an essentially new form of humour over the last three hundred years or so in the context of a rapid decay of confidence in traditional authoritative value systems. O'Neill analyses the resulting reorganization of the spectrum of humour, and examines th implications of this for the ways in which we read texts and the world we live in.
He then turns from intellectual history to narratology and considers the relationship, in theoretical terms, of homour, play, and narrative as systems of discourse and the role of the reader as a textualizing agent.
Finally, he considers some dozen twentieth-century narratives in French, German, and English (with occasional reference to other literatures) in the context of those historical and theoretical concerns. Authors of the texts analysed include C line, Camus, Satre, and Robbe-Grillet in French; Heller, Beckett, Pynchon, Nabokov, and Joyce in English; Grass, Kafka, and Handke in German. The analyses proceed along lines suggested by structuralist, semiotic, and post-structuraist narrative and literary theory.
From his analyses of these works O'Neill concludes they illustrate in narrative terms a mode of modern writing definable as entropic comedy, and he develops a taxonomy of the mode.