Falling Upwards Lib/E: How We Took to the Air (Compact Disc) 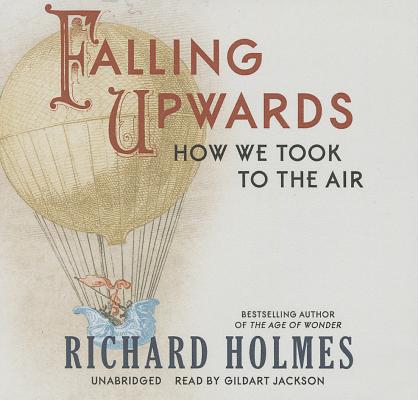 Falling Upwards tells the story of the enigmatic group of men and women who first risked their lives to take to the air and so discovered a new dimension of human experience. Why they did it, what their contemporaries thought of them, and how their flights revealed the secrets of our planet in wholly unexpected ways is its subject.

Dramatic sequences move from the early Anglo-French balloon rivalries, the crazy firework flights of beautiful Sophie Blanchard, the revelatory ascents over the great Victorian cities and sprawling industrial towns of northern Europe, the astonishing long-distance voyages of the American entrepreneur John Wise, and the French photographer Felix Nadar to the terrifying high-altitude flights of James Glaisher, FRS, who rose above seven miles without oxygen, helping to establish the new science of meteorology as well as the environmental notion-so important to us today-of a fragile planet. Balloons were also used to observe the horrors of modern battle during the American Civil War, including a memorable flight by General Custer.

Readers will discover the many writers and dreamers-from Mary Shelley to Edgar Allan Poe, from Charles Dickens to Jules Verne-who felt the imaginative impact of flight and allowed it to soar in their work. Moreover, through the strange allure of the great balloonists, Holmes offers another of his subtle portraits of human endeavor, recklessness, and vision.