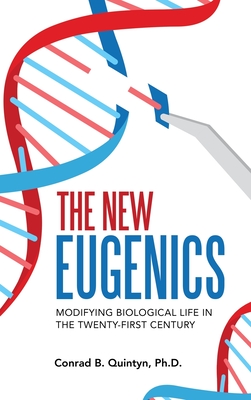 The specter of early twentieth-century eugenics-with its goal of preventing the "unfit" from reproducing through forced sterilization-still haunts us in this era of genetic engineering.

Conrad B. Quintyn, an associate professor of biological anthropology at Bloomsburg University, Bloomsburg, Pennsylvania, calls this the new eugenics era because geneticists have begun to explore ways to prevent and repair defective genes in all humans.

In this book, he considers whether genetic engineering will exacerbate social injustices and/or lead to a public safety issue.

For instance, in 2012, virologists in the U.S. and the Netherlands genetically engineered avian (bird) flu to be more transmissible between mammals. These scientists argued that virus transmission between mammals enables us to make vaccines to prevent pandemics. They never considered what would happen if the virus accidentally escaped the laboratory.

Meanwhile, some scientists are experimenting with "designer babies," altering genes to remove diseases and even programming certain traits.

Join the author as he considers whether scientists are playing God as well as the risks we face by altering genetics in The New Eugenics.

Conrad B. Quintyn is an associate professor of biological anthropology at Bloomsburg University, Bloomsburg, Pennsylvania. He earned a B.A. from Baylor University and an M.A. and Ph.D. from the University of Michigan. He taught at Iowa State University and was a biological anthropologist for the Defense POW/MIA Accounting Agency located on Hickam Air Force Base, Honolulu, Hawaii. His interests include forensic anthropology, worldwide postcranial variation, evolutionary biology, genetic engineering, medical genetics, the problem of species, and the evolution of human diseases.