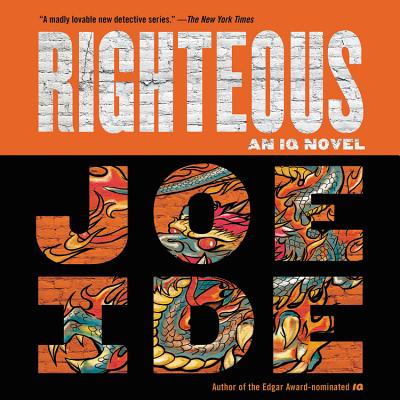 Isaiah Quintabe, now an infamous PI, is back in this fast paced thriller. In a chance encounter, he learns that his brother's hit-and-run death ten years ago was really a murder. Meanwhile a case takes him to Las Vegas where Chinese gangsters, and a seven foot loan shark are stalking a DJ and her boyfriend. Lots of twists and turns ensue before IQ can solve his brother's murder. Good gift for Lee Child fans. — Louise Jones

In this hotly anticipated follow-up to the smash hit IQ, a New York Times Critics' Best of the Year and nominee for the Best First Novel Edgar Award, Isaiah uncovers a secret behind the death of his brother, Marcus.

For ten years, something has gnawed at Isaiah Quintabe's gut and kept him up nights, boiling with anger and thoughts of revenge. Ten years ago, when Isaiah was just a boy, his brother was killed by an unknown assailant. The search for the killer sent Isaiah plunging into despair and nearly destroyed his life. Even with a flourishing career, a new dog, and near-iconic status as a PI in his hometown, East Long Beach, he has to begin the hunt again-or lose his mind.

A case takes him and his volatile, dubious sidekick, Dodson, to Vegas, where Chinese gangsters and a terrifying seven-foot loan shark are stalking a DJ and her screwball boyfriend. If Isaiah doesn't find the two first, they'll be murdered. Awaiting the outcome is the love of IQ's life: fail, and he'll lose her. Isaiah's quest is fraught with treachery, menace, and startling twists, and it will lead him to the mastermind behind his brother's death, Isaiah's own sinister Moriarty.With even more action, suspense, and mind-bending mysteries than Isaiah's first adventures, Righteous is a rollicking, ingenious thrill ride.