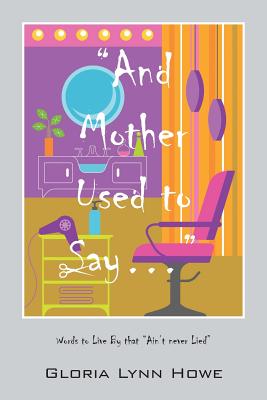 "A hard head makes a soft behind" and "if ya think long, ya think wrong" are just a few of the timeless sayings that our grandmothers and mothers imparted on our young minds. Take a journey back into time as you reminisce through the "common sense" language and wisdom from generations of old. "And Mother Used to Say...Words to Live By that "ain't never lied," is a clever, humorous and distinctive showcase of the dialect, culture and voice of mothers from the DMV, D.C., Maryland and Virginia area.

Gloria Lynn Howe was born in Baltimore, Maryland. She has worked as a reporter and journalist for newspapers such as the Baltimore Afro-American Newspapers, The Baltimore Times, the Milwaukee Sentinel, the Washington, D.C. news bureau of Thomson Newspapers and the New York Post. She has also worked as a featured actress in stage plays, television and feature films in New York and Los Angeles. Ms. Howe currently teaches English in the Mount Vernon City School District located in Mount Vernon, New York.