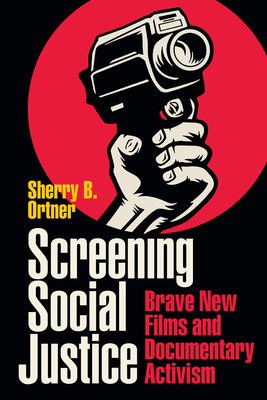 In Screening Social Justice, award-winning anthropologist Sherry B. Ortner presents an ethnographic study of Brave New Films, a nonprofit film production company that makes documentaries intended to mobilize progressive grassroots activism. Ortner positions the work of the company within a tradition of activist documentary filmmaking and within the larger field of "alternative media" that is committed to challenging the mainstream media and telling the truth about the world today. The company's films cover a range of social justice issues, with particular focus on the hidden workings of capitalism, racism, and right-wing extremism. Beyond the films themselves, Brave New Films is also famous for its creative distribution strategies. All of the films are available for free on YouTube. Central to the intention of promoting political activism, the films circulate through networks of other activist and social justice organizations and are shown almost entirely in live screenings in which the power of the film is amplified. Ortner takes the reader inside both the production process and the screenings to show how a film can be made and used to mobilize action for a better world.

Sherry B. Ortner is Distinguished Research Professor of Anthropology at the University of California, Los Angeles, and the author of Not Hollywood: Independent Film at the Twilight of the American Dream, Anthropology and Social Theory: Culture, Power, and the Acting Subject, and New Jersey Dreaming: Capital, Culture, and the Class of '58, all also published by Duke University Press.