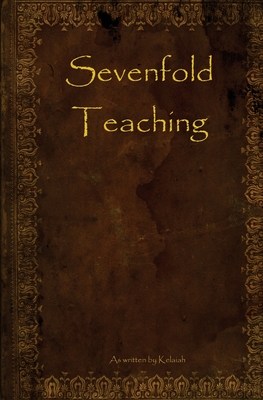 Foretold in in the ancient prophecies of Daniel, Malachi, Enoch and Revelations, the "Sevenfold Teaching" is the understandings derived from the book of remembrance given to the second anointed one to repair the breach thereby creating the new heavens and earth prophesied by the three Abrahamic world religions. With the 'Seven Understandings in Truth', the streams of religious thought can now find a common religious link and end the divisiveness which has gripped the world in egotistical religious furor for many millennium. As God and the heavens are explained and renewed as in ancient times, the future of humanity can finally be transformed from the dark aspect of war, deception and greed into the promised epoch of peace, truth and altruistic lovingkindness.At the core of Judaism, Christianity and Islam, the "Sevenfold Teaching" are those understandings which will bridge the divide in understanding that the one God that all of these religions hold as their own is really the same one God of ALL three. Within these 'Seven Understandings in Truth' the ancient communications of the archangels that are at the core of their sacred texts can now be understood and the common core of all three canons understood to be of the same stream of divine communications.The Light of the world shines through this little book of understanding as the reader takes a journey into the nature of the heavens as an angel with the knowledge of God and the wisdom of the ages. Using the metaphor of the earth and our existence, the 'Seven Understandings in Truth' are examined and simplified so that anyone can follow the path of Light towards a successful life returning as a child into the arms of God.The "Sevenfold Teaching", as prophesied by our ancient forebears, is the path to peace the world needs in this time of war among ourselves, our neighbors and our nations. Read this groundbreaking book and pass the wisdom of divine Light to all those whom you interact with as a beacon in the darkness of the world.