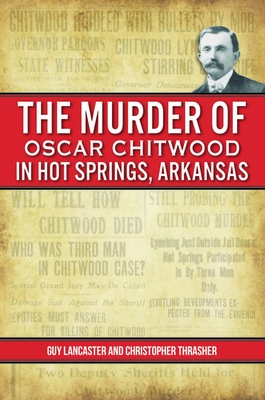 The Line between Lawmen and Lawless

On December 26, 1910, Oscar Chitwood lay lifeless on the courthouse lawn in Hot Springs, his wrists shackled together, and his body torn by bullets. The deputies on the scene claimed that masked men had lynched their prisoner and that the lawmen were innocent bystanders to the carnage. Newspapers everywhere proclaimed this killing another example of vigilantism run rampant. Within days, however, the official story fell apart, and these deputies were charged with cold-blooded murder. Authors Guy Lancaster and Christopher Thrasher tell the little-known story of accused outlaw Oscar Chitwood, the authorities he dared defy, and the mysterious resort town of Hot Springs, a place where the Wild West met the epitome of civilization, and where the boundaries between lawman and outlaw were never all that clear.