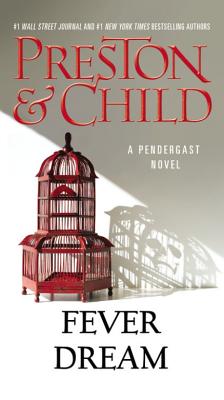 This is book number 10 in the Agent Pendergast Series series.

Fans of the Special Agent Pendergast series will rejoice as secrets from his past are finally revealed, including the murder of his wife over a decade ago. A thrilling addition to this series. — Sarah Donner

Fans of the Special Agent Pendergast series will rejoice as secrets from his past are finally revealed, including the murder of his wife over a decade ago. A thrilling addition to this series. — Sarah Donner

Today, he discovers she was murdered.

Tomorrow, he will learn her most guarded secrets, leaving him to wonder: Who was the woman I married? Why was she murdered? And, above all . . . Who murdered her?

Revenge is not sweet: It is essential.

The thrillers of Douglas Preston and Lincoln Child "stand head and shoulders above their rivals" (Publishers Weekly). Preston and Child's Relic and The Cabinet of Curiosities were chosen by readers in a National Public Radio poll as being among the one hundred greatest thrillers ever written, and Relic was made into a number-one box office hit movie. They are coauthors of the famed Pendergast series and their recent novels include Fever Dream, Cold Vengeance, Two Graves, and Gideon's Corpse. In addition to his novels, Preston writes about archaeology for the New Yorker and Smithsonian magazines. Lincoln Child is a former book editor who has published five novels of his own, including the huge bestseller Deep Storm.
Readers can sign up for The Pendergast File, a monthly "strangely entertaining note" from the authors, at their website, www.PrestonChild.com. The authors welcome visitors to their alarmingly active Facebook page, where they post regularly.

"This is no dream; it's the authors' best book in years. Not to be missed by either newcomers or die-hard fans."—Library Journal (starred review)

"They have grown steadily darker and more elegantly written...together they reach an entirely different level, achieving a stylistic grace and thematic resonance neither has so far matched alone. This may be the best of the Pendergast novels."—Booklist (starred review)

"Up the emotional ante considerably...brilliant and eccentric...one of the best in the series. Once again, the bestselling authors show they have few peers at creating taut scenes of suspense."—Publishers Weekly (starred review)