Spacefarers: How Humans Will Settle the Moon, Mars, and Beyond (Compact Disc) 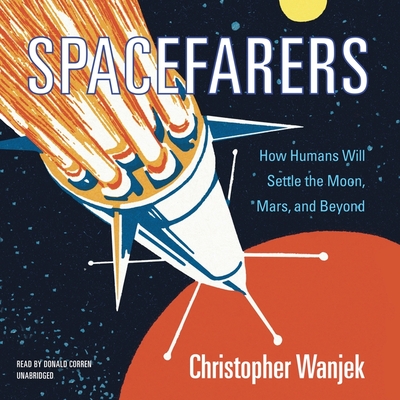 A wry and compelling take on the who, how, and why of near-future colonies in space. From bone-whittling microgravity to eye-popping profits, the risks and rewards of space settlement have never been so close at hand.

More than fifty years after the Apollo 11 moon landing, why is there so little human presence in space? Will we ever reach Mars? What will it take to become a multiplanet species, colonizing the solar system and traveling to other stars?

Spacefarers meets these questions head on. While many books have speculated on the possibility of living beyond the Earth, few have delved into the practical challenges or plausible motives for leaving the safe confines of our home planet. Christopher Wanjek argues that there is little doubt we will be returning to the Moon and exploring Mars in the coming decades, given the potential scientific and commercial bonanza. Private industry is already taking a leading role and earning profits from human space activity. This can be, Wanjek suggests, a sustainable venture and a natural extension of earthbound science, business, and leisure. He envisions hotels in low-earth orbit and mining, tourism, and science on the Moon. He also proposes the slow, steady development of science bases on Mars, to be followed by settlements if Martian gravity will permit reproduction and healthy child development.

An appetite for wonder will take us far, but if we really want to settle new worlds, we'll need the earnest plans of engineers, scientists, and entrepreneurs. Wanjek introduces us to those planners, who are striving right now to make life in space a reality.