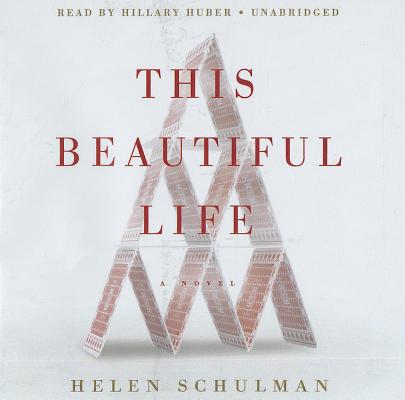 As a scandalous online video tears a young family apart, Schulman takes the pulse of American hopes and dreams. This is shrewd and smart stuff, yet written with the fierce passion of a mama bear protecting her cubs. — Charles Bottomley

When the Bergamots move from comfortable suburban Ithaca to New York City, they're not sure how well they will adapt--or what to make of the strange new world of the well-to-do Upper West Side. But soon Richard is consumed by his executive role at a large New York university, and Liz, who has traded in her academic career to oversee the lives of their children, is hectically ferrying six-year-old Coco around town. Fifteen-year-old Jake is gratefully taken in by a group of friends at Wildwood, an elite private day school.

But the upper-class cocoon in which they have enveloped themselves is ripped apart when Jake wakes up one morning after an unchaperoned party and finds an e-mail waiting in his inbox from an eighth-grade admirer. Attached is a sexually explicit video she has made for him. Shocked, stunned, maybe a little proud, scared--a jumble of adolescent emotion--he forwards the video to a friend, who then forwards it to a friend, and the video goes viral. Within hours, it's not only all over the school but all over the city--and all over the Internet.

In the aftermath, Jake is suspended from school, Liz's social standing among the Wildwood moms is challenged, and Richard's job is at risk. Good people faced with bad choices, they decide to fight back. But how? Do they use the very weapons wielded against them--the media and the law? And at what moral and professional cost? How they choose to react, individually and at one another's behest, places everything they hold dear in jeopardy; they are completely caught off guard by the ramifications of their actions, not only to their marriage, their daughter, their place in the community, but to Jake--the very one they have set out to protect.

This Beautiful Life is a powerful exploration of the blurring boundaries of privacy and the fragility of self, a tour de force of modern life that will have listeners debating their assumptions about family, morality, and the sacrifices and choices we make in the name of love.