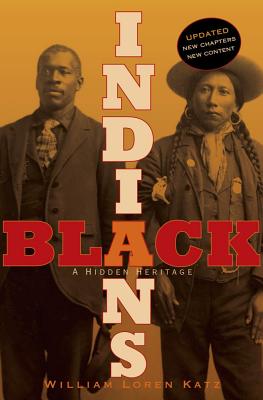 The compelling teen nonfiction account of how two heritages united in their struggle to gain freedom and equality in America.

The first paths to freedom taken by runaway slaves led to Native American villages. There, black men and women found acceptance and friendship among our country’s original inhabitants. Though they seldom appear in textbooks and movies, the children of Native and African American marriages helped shape the early days of the fur trade, added a new dimension to frontier diplomacy, and made a daring contribution to the fight for American liberty.

Since its original publication, William Loren Katz’s Black Indians has remained the definitive work on a long, arduous quest for freedom and equality. This new edition features a new cover and includes updated information about a neglected chapter in American history.

William Loren Katz is the author of forty books, including such award-winning titles as Breaking the Chains: African American Slave Resistance, The Black West, and Black Women of the Old West. He has lectured in Europe, Africa, and the United States; he has been a Scholar in Residence at Teachers College, Columbia University; and he has served as a consultant to the Smithsonian Institute and to school systems from California to Florida and England. He lives in New York City. Visit him at WilliamLKatz.com.