A House in the Sky: A Memoir (CD-Audio) 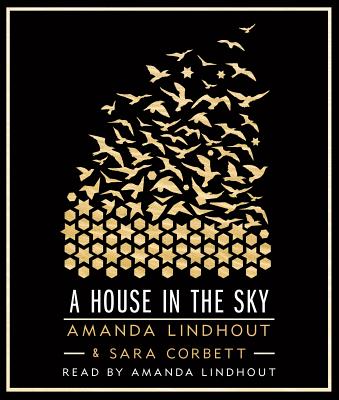 Amanda Lindhout wrote about her fifteen month abduction in Somalia in A House in the Sky. It is the New York Times bestselling memoir of a woman whose curiosity led her to the world’s most remote places and then into captivity: “Exquisitely told…A young woman’s harrowing coming-of-age story and an extraordinary narrative of forgiveness and spiritual triumph” (The New York Times Book Review).

As a child, Amanda Lindhout escaped a violent household by paging through issues of National Geographic and imagining herself visiting its exotic locales. At the age of nineteen, working as a cocktail waitress, she began saving her tips so she could travel the globe. Aspiring to understand the world and live a significant life, she backpacked through Latin America, Laos, Bangladesh, and India, and emboldened by each adventure, went on to Sudan, Syria, and Pakistan. In war-ridden Afghanistan and Iraq she carved out a fledgling career as a television reporter. And then, in August 2008, she traveled to Somalia—“the most dangerous place on earth.” On her fourth day, she was abducted by a group of masked men along a dusty road.

Held hostage for 460 days, Amanda survives on memory—every lush detail of the world she experienced in her life before captivity—and on strategy, fortitude, and hope. When she is most desperate, she visits a house in the sky, high above the woman kept in chains, in the dark.

Vivid and suspenseful, as artfully written as the finest novel, A House in the Sky is “a searingly unsentimental account. Ultimately it is compassion—for her naïve younger self, for her kidnappers—that becomes the key to Lindhout’s survival” (O, The Oprah Magazine).