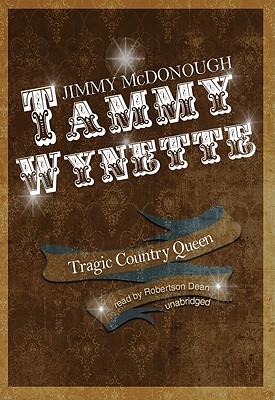 One of the 20th century's most influential country singers led a life that cast the trials and heartbreaks that she often sang about into shame. Wynette was always driven to seek stardom, but her eventual success came at a terrible price. Mr. McDonough is obviously a fan of the lady, although that does not mean that he shies away from the less savory aspects of her determined rise to the top. The book also provides him with the opportunity to give due credit to a singularly talented woman, who, no doubt, would still argue that it was all worth it. Every single teardrop. — Alden Graves