Johnny Appleseed: The Man, the Myth, the American Story (Paperback) 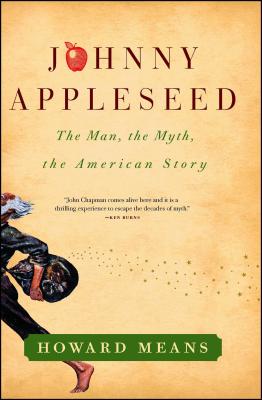 We hope this juicy looking biography gets to the core of the man, peels away generations of myth, and sows the seeds for further learning. Worm your way into this polished looking work and let us know if it's rotten, delicious, or even saucy. — Bill Lewis

“Finally, the cliché is peeled away and the essence of this utterly American character is so revealing. John Chapman comes alive here and it is a thrilling experience to escape the specific gravity of the decades of myth” (Ken Burns).

This portrait of Johnny Appleseed restores the flesh-and-blood man beneath the many myths. It captures the boldness of an iconic American and the sadness of his last years, as the frontier marched past him, ever westward. And it shows how death liberated the legend and made of Johnny a barometer of the nation’s feelings about its own heroic past and the supposed Eden it once had been. Howard Means does for America’s inner frontier what Stephen Ambrose’s Undaunted Courage did for its western one.

Howard Means is a former senior editor and senior writer at Washingtonian Magazine. He is the author of many books, including The Avenger Takes His Place: Andrew Johnson and the 45 Days That Changed the Nation; Colin Powell: A Biography; and The Banana Sculptor, the Purple Lady, and the All-Night Swimmer, coauthored with Susan Sheehan. He lives in Virginia.

“We all know the caricature, but few of us know the man. Howard Means produces a feast of a story that strips away the myths of this folk-tale hero and gives us the real John Chapman and the rough-and-tumble world he lived in. This is a thoroughly fascinating and fun book.”

--Jay Winik, author of April 1865 and The Great Upheaval

“Johnny Appleseed is one of the great myths of our childhood. With insight and a lively touch, Howard Means tells us the story of the real Johnny Appleseed, John Chapman, a mystic and visionary who turns out to be a most memorable American character.”

“Means supports the legend with hard-earned fact in his portrait of Chapman as a ‘nurseryman; religious zealot; real-estate dabbler’ and even altruistic capitalist.”

“Delightfully wry and perceptive . . . a captivating achievement in Americana.”

“Delightfully wry and perceptive . . . a captivating achievement in Americana.”