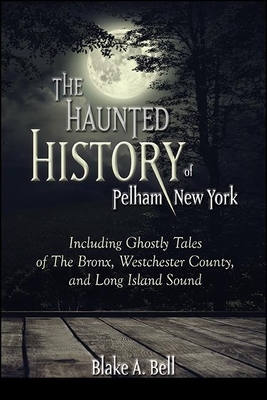 The Haunted History of Pelham, New York is an unusual and fascinating fusion of New York history and folklore. Recognizing that virtually every gripping regional ghost drama springs from kernels of fact, Blake A. Bell weaves spellbinding accounts of ghosts, spirits, and specters together with well-documented context for the stories to help readers understand the actual events and historical developments that underlie each. With nine sections including those on Indigenous American Hauntings, Revolutionary War Specters, Ghostly Treasure Guards, and Phantom Ships off Pelham Shores, Bell relates entertaining and dramatic ghost stories that have been passed from generation to generation as he helps readers understand how local lore came to be and why it is important to an understanding of the region, its culture, and its self-awareness.

Blake A. Bell is the retired Town Historian of Pelham, New York and spent forty years practicing law in New York City. He has served as a member of the Boards of Trustees of the Westchester County Historical Society, the Society of the National Shrine of the Bill of Rights at Saint Paul's Church National Historic Site, and the Pelham Preservation & Garden Society. He also served as Pelham Town Clerk for three years and as a member of the Pelham Town Board for eight years. He is the author of Thomas Pell and the Legend of the Pell Treaty Oak.