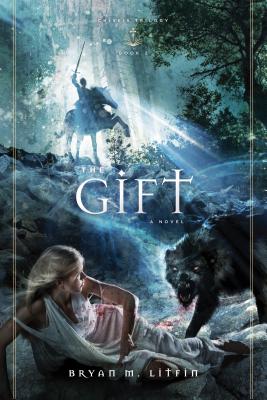 This is book number 2 in the Chiveis Trilogy series.

Book two in the Chiveis Trilogy

Hundreds of years in the future, war and disease have destroyed civilization as we know it. Modern technology has vanished and history is largely forgotten. A struggling society of survivors has just begun to rebuild, creating kingdoms of a feudal order.

Exiled from their beloved home of Chiveis, Teo and Ana journey into foreign lands in search of the second half of Deu's sacred writings. But finding an ancient manuscript is far from easy, especially when the pair is tempted, tried, and separated along the way.

On a quest fraught with unforeseen perils, murderous villains, and the prejudices of elite societies, the bond between Teo and Ana is put to the ultimate test. Though the New Testament might be found in distant Roma, will the price of its discovery be too high to pay?

BRYAN M. LITFIN is the author of The Sword, book one of the Chiveis Trilogy, as well as Getting To Know the Church Fathers. He is associate professor of theology at Moody Bible Institute. He and his wife, Carolyn, have two children.