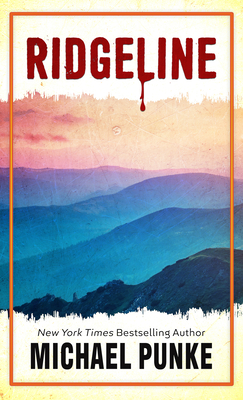 This novel, based on an incident in 1866, is historical fiction on an epic scale! In the shadow of the Bighorn Mountains in Wyoming territory, Colonel Henry Corrington is overseeing the construction of a large fort to help safeguard travelers during the country's westward expansion. The influx of white soldiers and their families is regarded by the Native American tribes as an intrusion upon lands that have been home for them for generations. The uneasy coexistence, potentially as volatile as dry prairie grass, is threatened by a brash young lieutenant whose taste for bloodshed was honed on the killing fields of the Civil War. The climactic battle is one of the most visceral and vivid accounts of a tragically inevitable confrontation between two disparate cultures--each convinced of the nobility of its cause--that I have ever read.

Michael Punke is the author of several books including The Revenant, a #1 New York Times bestseller and basis for the Academy Award-winning film. In his diverse professional career, Punke has served as the US ambassador to the World Trade Organization in Geneva, history correspondent for the Montana Quarterly, and an adjunct professor at the University of Montana. As a high school and college student, he worked summers as a living history interpreter at Fort Laramie National Historic Site in Wyoming. He lives with his family in Montana and is an avid outdoorsman.