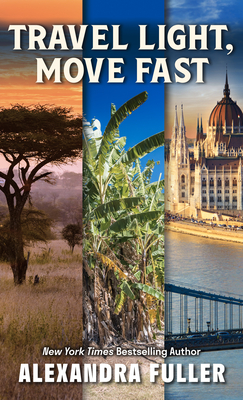 After her father dies, Alexandra Fuller realizes the world she had written herself out of contained the life his laid-back nature had composed, from his moving her and her family to pre-Revolutionary Rhodesia when she was very young. In her newest memoir, Travel Light, Move Fast, Fuller reconsiders her father's role in shaping her world, exploring ideas about 'forever,' a concept she now recognizes as untenable in her. She talks with her mother, who recalls too well the poverty her husband's socialist ideals forced them to endure, and with her sister, who like the author was sent to attend Africa's best white boarding schools, which opened opportunities for them upon which they both left Africa. Now finding herself unable to elegize her or her family's loss, Fuller realizes that the "peace and calm" her father lived by were the same concepts which continue to elude her living as an adult. — Ray Marsocci

This Is a wonderfully soulful memoir and an homage to the author’s parents, particularly her father, a man who thrived on living on the edge. Their strengths and weaknesses made for a grounded (in a most unorthodox sense) childhood. As a reader it was sometimes hard to catch my breath, whether from laughter or, occasionally, from tears of empathy. — Maeve Noonan